Inspirational Women From Around The World Making A Difference

It’s not just within the business world that women are absolutely killing it (check out our breakdown of our favorite women-led brands if you haven’t already!). All around the globe, there are gals kicking down boundaries and making a real, tangible difference to people everywhere. Today, we’re looking at women from all walks of life and the amazing ways in which they’re making waves. 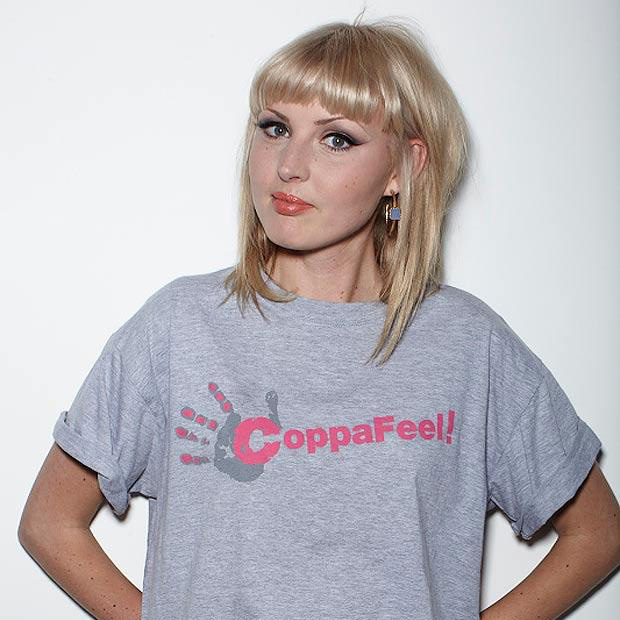 Kris Hallenga is a Sun columnist and founder of breast cancer awareness charity CoppaFeel! Heart-breakingly, she was diagnosed with breast cancer at the young age of just 23. Her diagnosis was late, partly due to the misconception that breast cancer wouldn’t affect someone so young. By the time the tragic news was confirmed, the cancer had spread to her liver and bones, as well as a lesion on her brain.

But, Kris wasn’t going to let a little thing like a Stage 4 terminal cancer diagnosis hold her back from making a difference. In 2009, Kris and her twin sister founded CoppaFeel!, which focuses on promoting early detection of breast cancer by encouraging women under 30 to regularly check their breasts. The charity now raises more than £1million a year, with Kris receiving regular messages from grateful women who credit their own timely diagnoses to the good work Kris and CoppaFeel! have been doing.

February 2020 saw 11 years since Kris’s terminal diagnosis, with her disease stable. She is celebrating by writing a book ‘How To Glitter A Turd’, about her journey, optimism and the importance of doing the things you love.

“Dream big, express yourself and stop worrying about your age” - Kris Hallenga

Dr Katie Bouman was a PhD student in computer science and artificial intelligence at the Massachusetts Institute of Technology. In 2019, aged just 29 years old, she led the creation of an algorithm that enabled the first ever photograph of a black hole to be taken - a feat that was previously thought impossible.The supermassive black hole in question sits at the heart of the Messier 87 galaxy, approximately 55 million light years from Earth. In case (like us), you struggle understanding distances of such a colossal scale, we did some maths and figured out that it would take the fastest space shuttle ever 222,145 million years to travel that far. That’s a hell of a snap!

The reaction image of Katie seeing the product of her creation went viral on Twitter, ensuring that her pivotal role in the breakthrough did not go unnoticed, as is sadly so often the case for female scientists.

Now, Katie stands out as a role model for young women in the traditionally male-dominated STEM fields. She will soon become an assistant professor at the California University of Technology, and was also a part of a team that wrote, tested and helped interpret the software code used on data obtained by a global network of eight telescopes. She continues to exceed expectations and see’s no limit in her career. 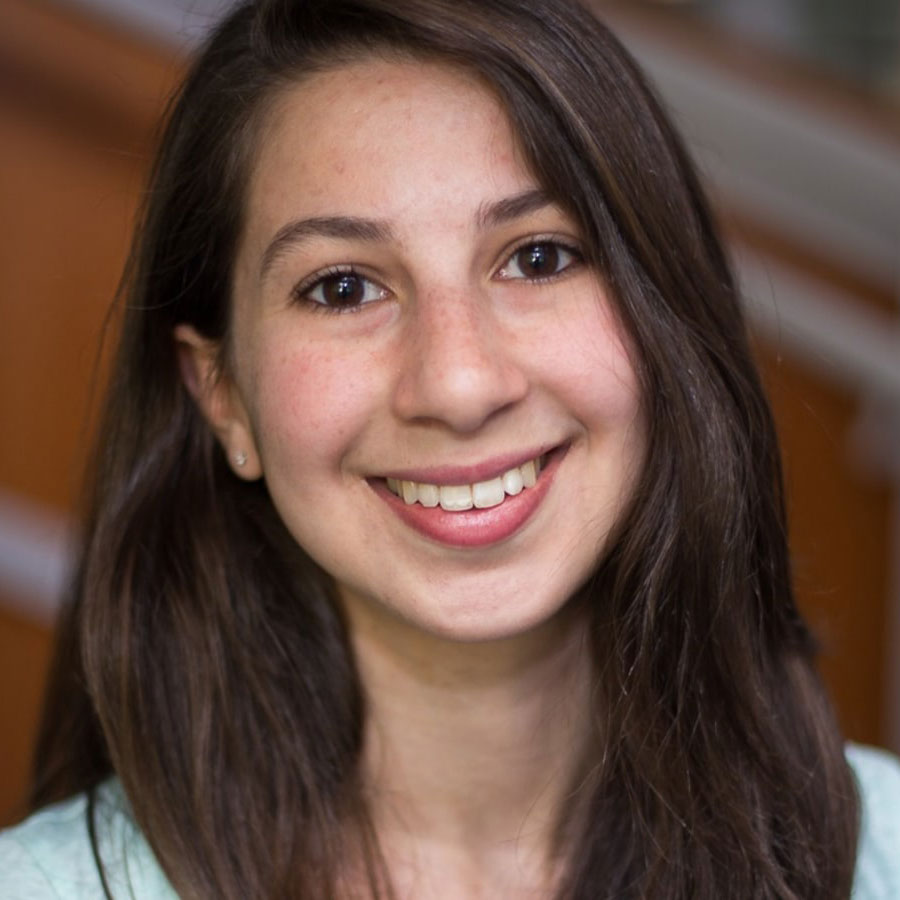 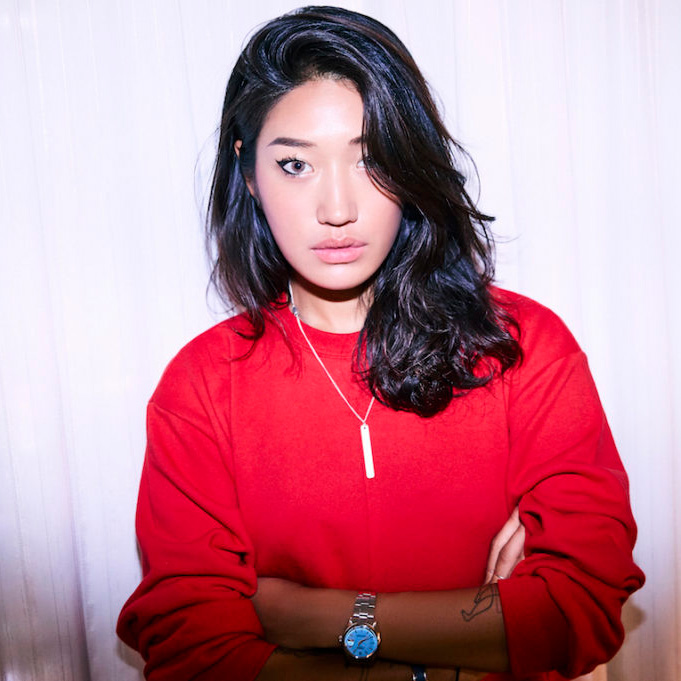 South Korean-born Peggy Gou is an absolute style icon and an A&M fave. Her playful approach to fashion sees her effortlessly combining designer pieces with her very own fashion label items and designs. Not satisfied by being one of the most recognisable faces in 21st century fashion, Peggy is also a kickass DJ (I know, she’s way too cool). She was the first female Korean DJ to play in Berlin's most exclusive nightclub Berghain and continues to play all over the world to sold out venues.

In 2019, Forbes named Gou as one of the Asian leaders, pioneers and entrepreneurs under age 30. In February of that same year, Gou launched her own fashion label KIRIN (“giraffe” in Korean) and then in March she announced the launch of her own independent record label, Gudu Records (gudu means "shoes" in Korean).

“I don't consider myself just a DJ; I want to be an artist who can do everything, if I can.” - Peggy Gou

Celeste Barber is an Australian Comedian and Author turned Instagram star, @celestebarber whose hilarious posts make fun of some of the biggest names in Hollywood. She garnered almost six and a half million Instagram followers, skewering the world of fashion with her tongue-in-cheek interpretations.

More recently, Celeste raised the highest ever amount ($50million) on the facebook platform for a charity to help support the fire brigades, families and animals affected in the recent Australian bushfires.

It can be easy to overlook those who have found instagram fame. But with her fundraising page for NSW Rural Fire Service & Brigades showing no signs of slowing down, Barber (who said, “Humour can really change the world. People need to laugh more”) has become an example of an influencer who is wielding genuine influence, not just a high follower count. 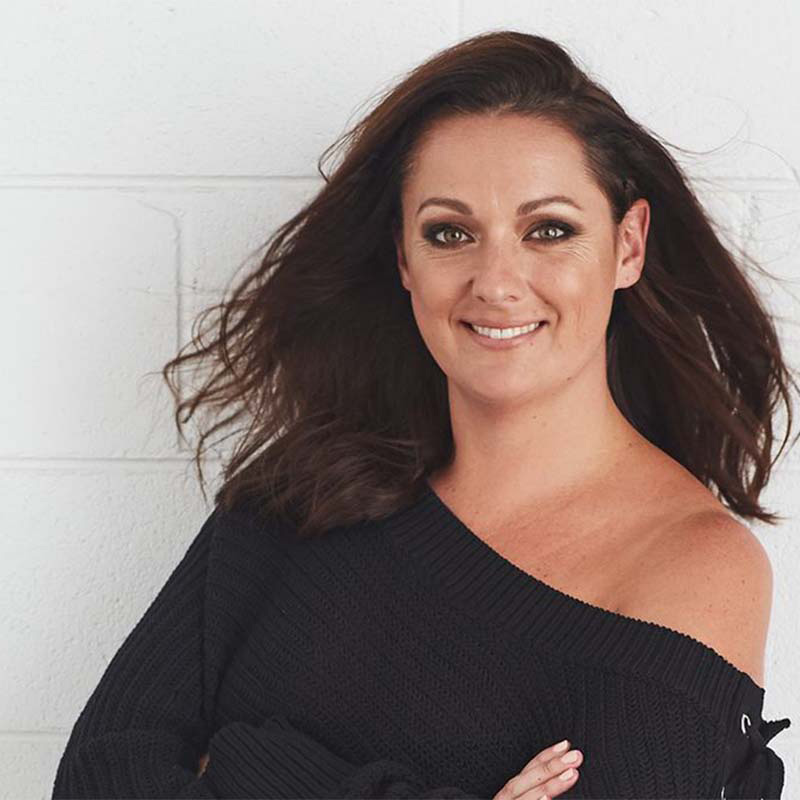 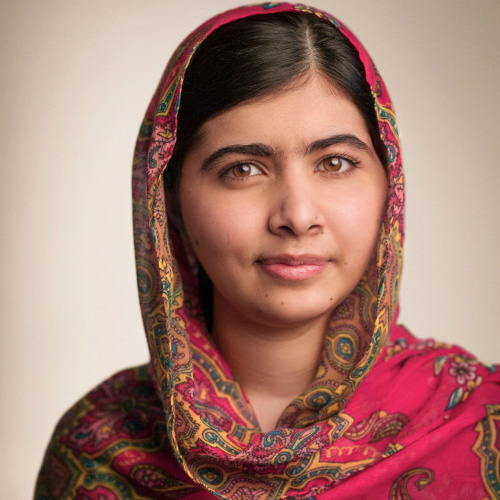 In a move of infamous bravery and conviction, Malala Yousafzai defied the Taliban in Pakistan and demanded that girls be allowed to receive an education. Not even an assasination attempt by a Taliban gunman was going to distract her from her vital mission. Nine months after being shot in the head and requiring life-saving surgery, Malala gave a speech at the United Nations on her 16th birthday in 2013. The speech highlighted her focus on education and women's rights, urging world leaders to change their policies.

In October 2013, the European Parliament awarded Malala the Sakharov Prize for Freedom of Thought in acknowledgment of her work. The same year, she and her father launched the Malala Fund, which works to ensure girls around the world have access to 12 years of free, safe, quality education. The very next year, she then went onto become the youngest person ever to receive the Nobel Peace Prize. She was just 17 years old.

“Education is education. We should learn everything and then choose which path to follow." Education is neither Eastern nor Western, it is human.” - Malala Yousafzai

Vanessa Nakate grew up in Kampala Uganda and started her activism in December 2018 after becoming concerned about the unusually high temperatures in her country. Taking inspiration from her fellow climate activist, Greta Thunberg, Vanessa began a solitary strike against inaction on the climate crisis in January 2019. For several months she was the lone protester outside of the gates of the Parliament of Uganda. Vanessa persevered and soon her calls on social media helped draw much-needed attention to the plight of the Congolian rainforests. Vanessa then went onto found the Youth for Future Africa and the likewise Africa-based Rise Up Movement.

Vanessa found herself part of a media controversy in 2019, when she was cropped out of a photo taken of her and fellow activists Greta Thunberg, Loukina Tille, Luisa Neubauer and Isabelle Axelsson.

“It’s really sad that the incident happened,” she said. “But when I look at it in a more positive way, it has actually made the world set their eyes on the activists in Africa and try as much as possible to listen to their stories. So I’m actually very optimistic about this and I believe that it is going to change the stories of different climate activists in Africa.” 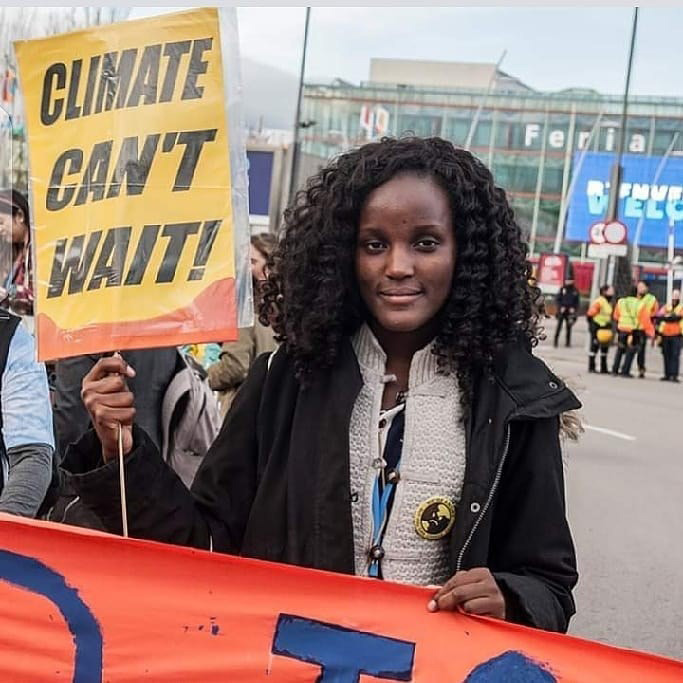 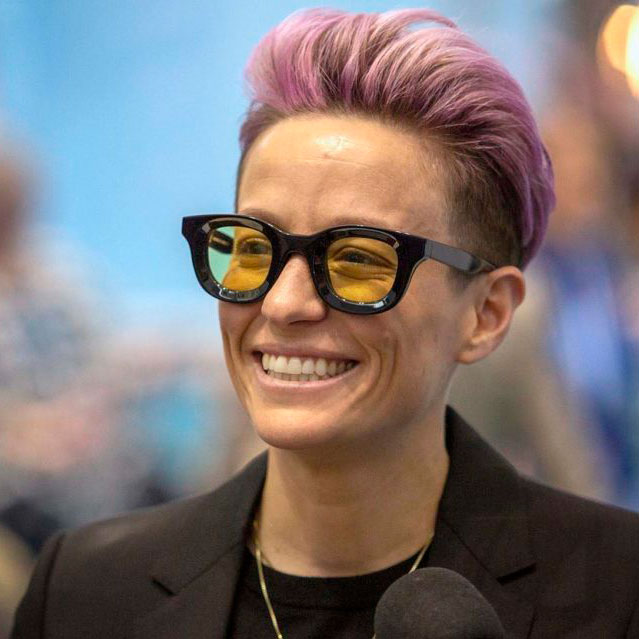 One of, if not the, best female footballers in the world, Megan Rapinoe is best known for her crafty style of play and captaining on the Reign FC (USA football team). Her playing career is littered with trophies and accolades. Megan won gold with the national team at the 2012 London Summer Olympics, 2015 FIFA Women's World Cup, and 2019 FIFA Women's World Cup. She won the 2019 Ballon d’Or Féminin, was voted the Guardian Footballer of the Year and also won the 2019 Golden Boot.

But it is her outspoken off-pitch activities that caught our eye here at Astrid & Miyu (as well as her iconic pink hair). Megan is a keen advocate for numerous LGBT organizations, including the Gay, Lesbian & Straight Education Network and Athlete Ally. In 2013, she was awarded the Board of Directors Award by the Los Angeles Gay and Lesbian Center.

Megan also continues to speak out against social and gender inequality, both inside and outside of football.

“This is my charge to everyone: we have to be better. We have to love more and hate less. Listen more and talk less. It is our responsibility to make this world a better place.” 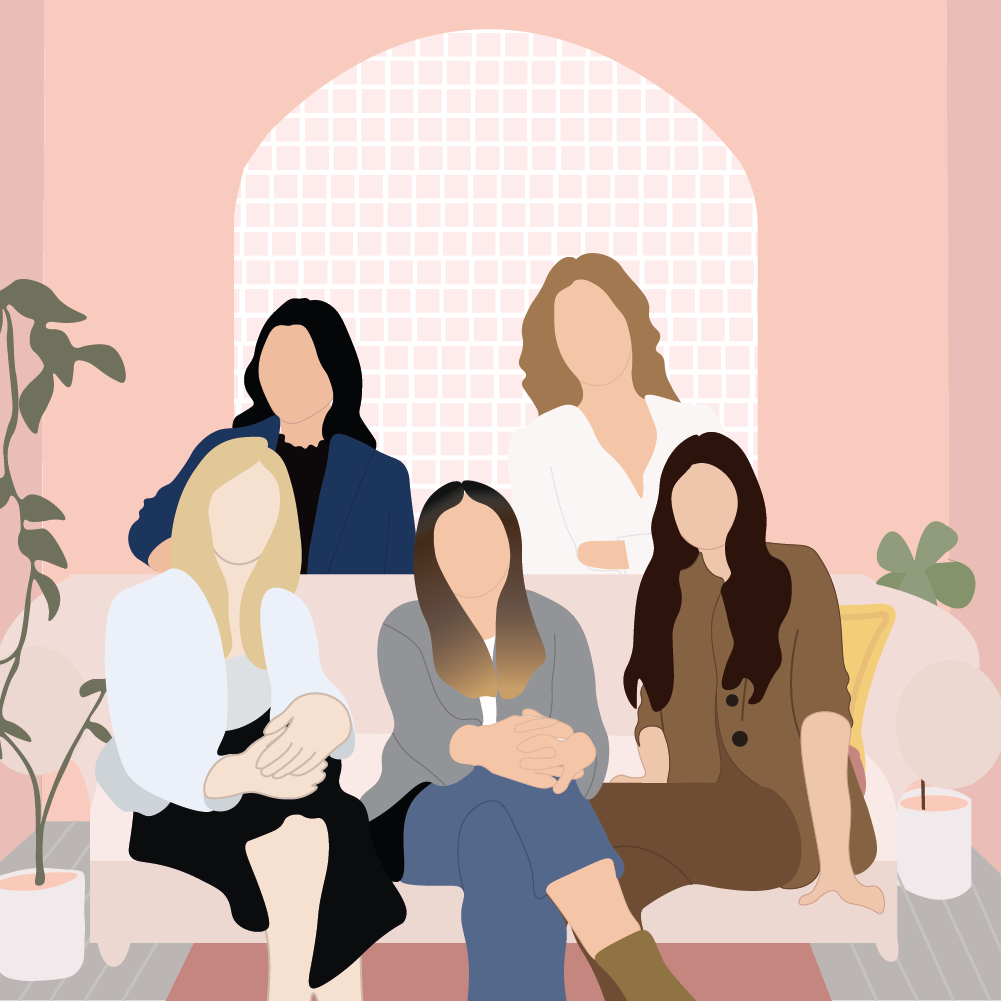 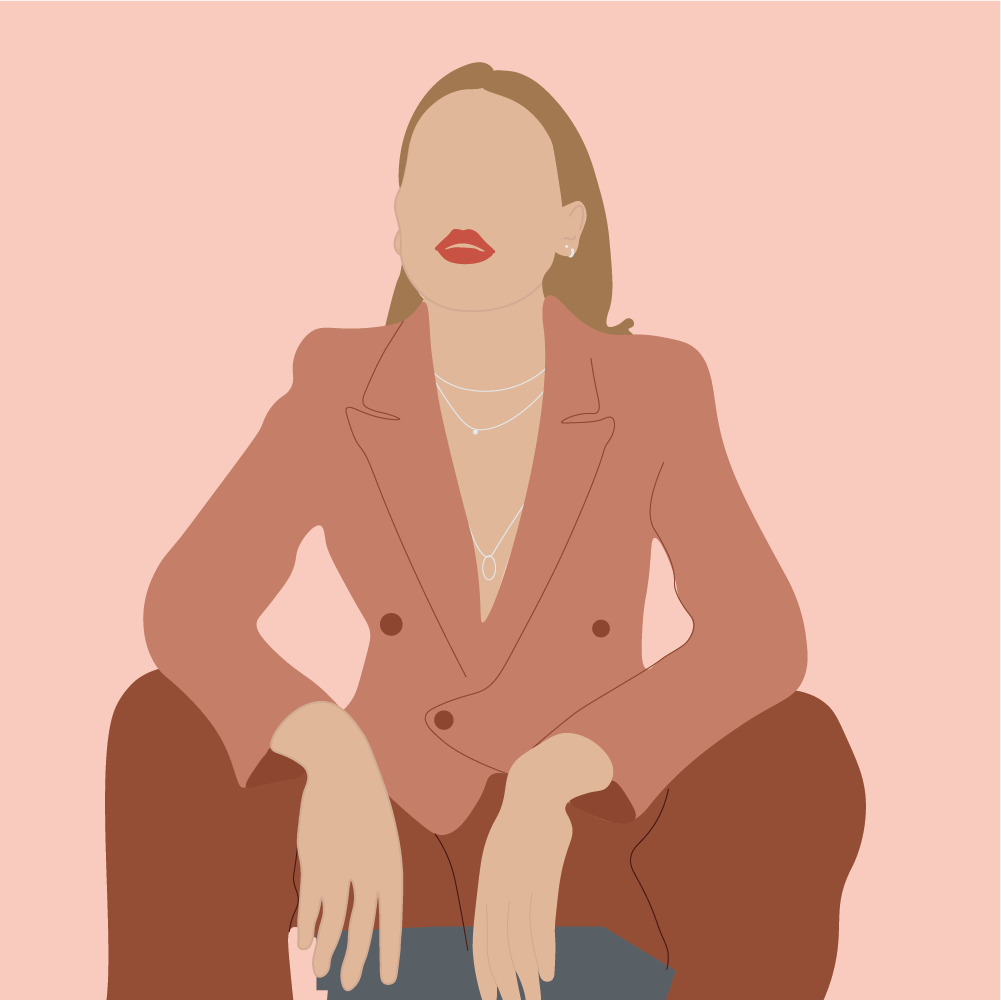 Hi there!
Are you in %redirect_country_name%?

Please confirm the store you wish to browse.

Take me to the %redirect_store_name% store

Update your location and currency preferences for a quicker checkout.

This site uses cookies. By continuing to browse the site you are agreeing to our use of cookies.